THIS Is the Secret to How the Body Works

In the last 100+ years of research, a lot has been done outside of conventional medicine into the fields and frequencies of the body and how we can read or alter them to support health. 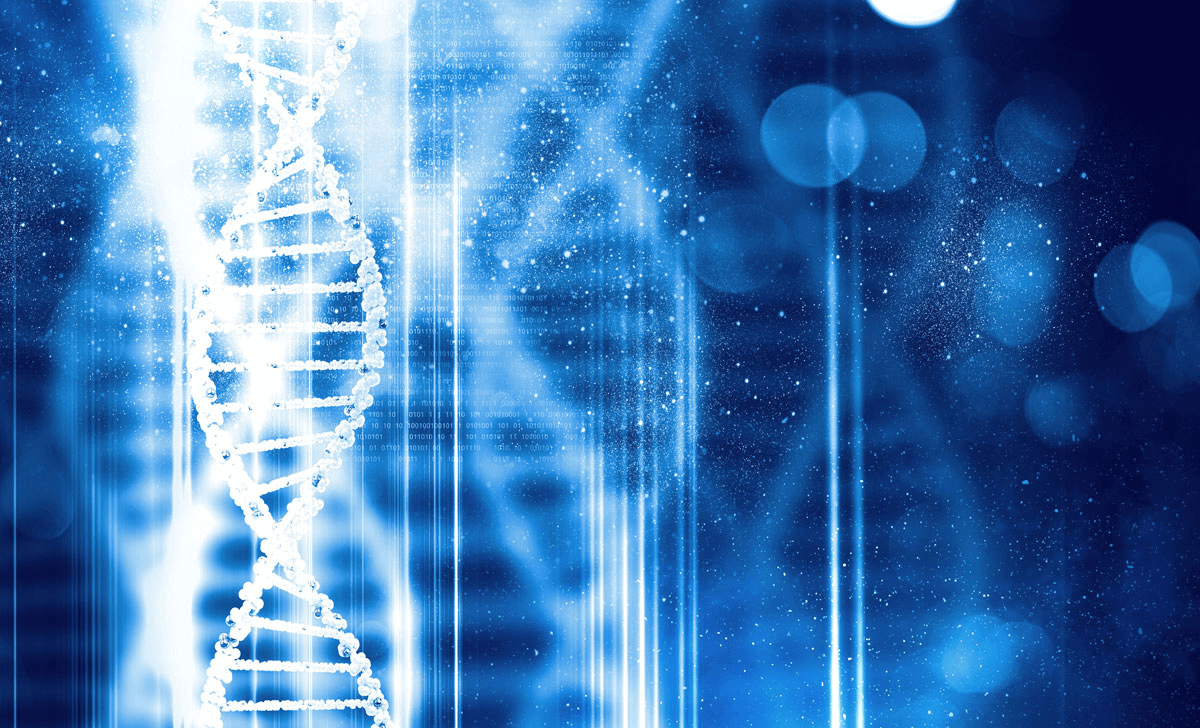 This research began because your body is more than mere chemical reactions. There's something else going on that affects your body at a much deeper level.

This leads us into addressing the actual control system. Royal Raymond Rife, for instance, was said to have found a way to destroy pathogens by identifying and reproducing their resonant frequencies, effectively exploding them the way the right pitch can shatter a wine glass.

He was hailed by doctors at the time before his discoveries were later destroyed and/or stolen by authorities. While we can argue about what Rife truly achieved, this tale of humanitarian discovery and authoritarian suppression is all too common in the world of health and beyond.

In any case, as electrical devices were developed in the last century, other researchers started testing electrical signals on the skin for health assessment purposes.

The origin of electrical devices

While some of these approaches are questionable, much of this work was relatively repeatable, demonstrable, and based on thousands of years of study by traditional Chinese medicine practitioners into the meridian system.

By testing specific acupuncture points, one could see (by the impact on an indicator needle) if energy was flowing well along a meridian or not.

If a specific point was struggling, the equipment could introduce a possible remedy into the circuit and see if this would balance that point. The indicator needle would show an obvious change when the correct remedy was tested.

There are many limitations to this approach, but it’s been used effectively for decades. While this appears to be electrical research rather than “field” research, it was something more. It’s something Peter Fraser recognized.

As an expert in traditional Chinese medicine and its meridian system, Peter had been working with the type of electrical equipment described above. But he eventually modified it and started down a different path of discovery.

Rather than just testing acupuncture points against remedies and seeing if there was a “match” for support, Peter found a way to test any two items against one another to see if they matched.

Here’s a simple explanation of that idea:

In other words, they are communicating with one another.

In fact, all energy has its own frequency. You could think of this as everything having its own unique signature that is carried through the field of space.

The reason an MRI can affect all the protons in the body is because every proton shares the same signature. They’re all speaking the same language, and the MRI speaks that language too.

All neutrons also share another signature, and so do all electrons. These are all the basic building blocks of every atom; atoms then build molecules; and molecules build our bodies.

When you start combining different numbers of protons and neutrons and electrons into atoms, suddenly these signatures are combined and become new signatures.

This means that every atom has its own unique signature, but it’s based on those few simple signatures of the energy it’s made of. As a result, every hydrogen atom “speaks,” or exchanges information, with every other hydrogen atom because they all share a signature.

But since an oxygen atom has its own signature, we don’t know for sure if it will communicate or resonate with the hydrogen atom. They share a similar foundation (signatures of protons, neutrons, and electrons), so they might have strong communication. But we don’t know until we test it. And that is the kind of testing Peter did.

For instance, while cells of the retina in the eye may look very different to us than cells of the liver, there are resonant frequencies in their unique “energy signatures” that allow them to communicate. This communication is based on them sending out information about themselves through space and resonating, or affecting one another.

Chemistry is too slow to run your entire body

By sending information through fields, parts of the body can communicate with one another instantly— without the relatively slow processing speeds of chemistry. That is why the body works so well as a single unit, rather than as trillions of separate cells trying to get things done by sending each other telegraph messages through the nervous system.

Chemistry simply wouldn’t be fast enough to tie everything together. As Nobel prize winner Albert Szent-Györgyi once said, “Life is too rapid and subtle to be explained by slow-moving chemical reactions and nerve impulses.”

Those are secondary systems (that also have bioenergetic roles not recognized by medicine). They play their own role and may help when the faster resonance-based control system breaks down.

But they can’t support a body whose trillions of cells need to continually know what all the other cells are doing and be able to act immediately and in unison to the world around us. 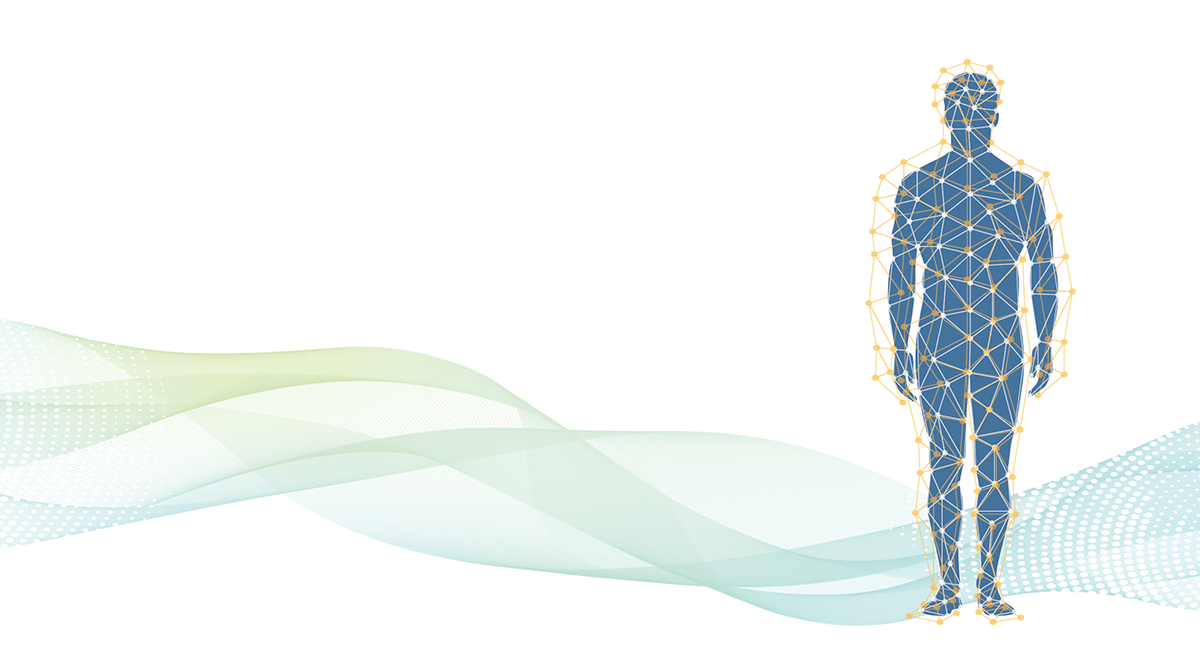 By testing in this way, here’s some of what Peter found:

1) The meridians of traditional Chinese medicine show connections between many parts of the body. He was able to confirm most of these connections, but he also made corrections and additions to them based on his testing.

3) There is more to this control system than just the meridian system of communication. The control system also impacts how well charged the body is, including how it interacts with its overall environment (so it plays a big role in charging the body battery); how the body corrects or heals itself; and how it clears distortions caused by toxins, pathogens, and emotional stress and traumas.

When you see how holistic the control system is, you can appreciate that the acupuncture point testing done by some bioenergetic practitioners has limitations. In fact, severe limitations.

By only looking at communication or energy flow along the meridians, you’re missing out on several critical elements involved in energizing, getting healthy, and staying healthy. 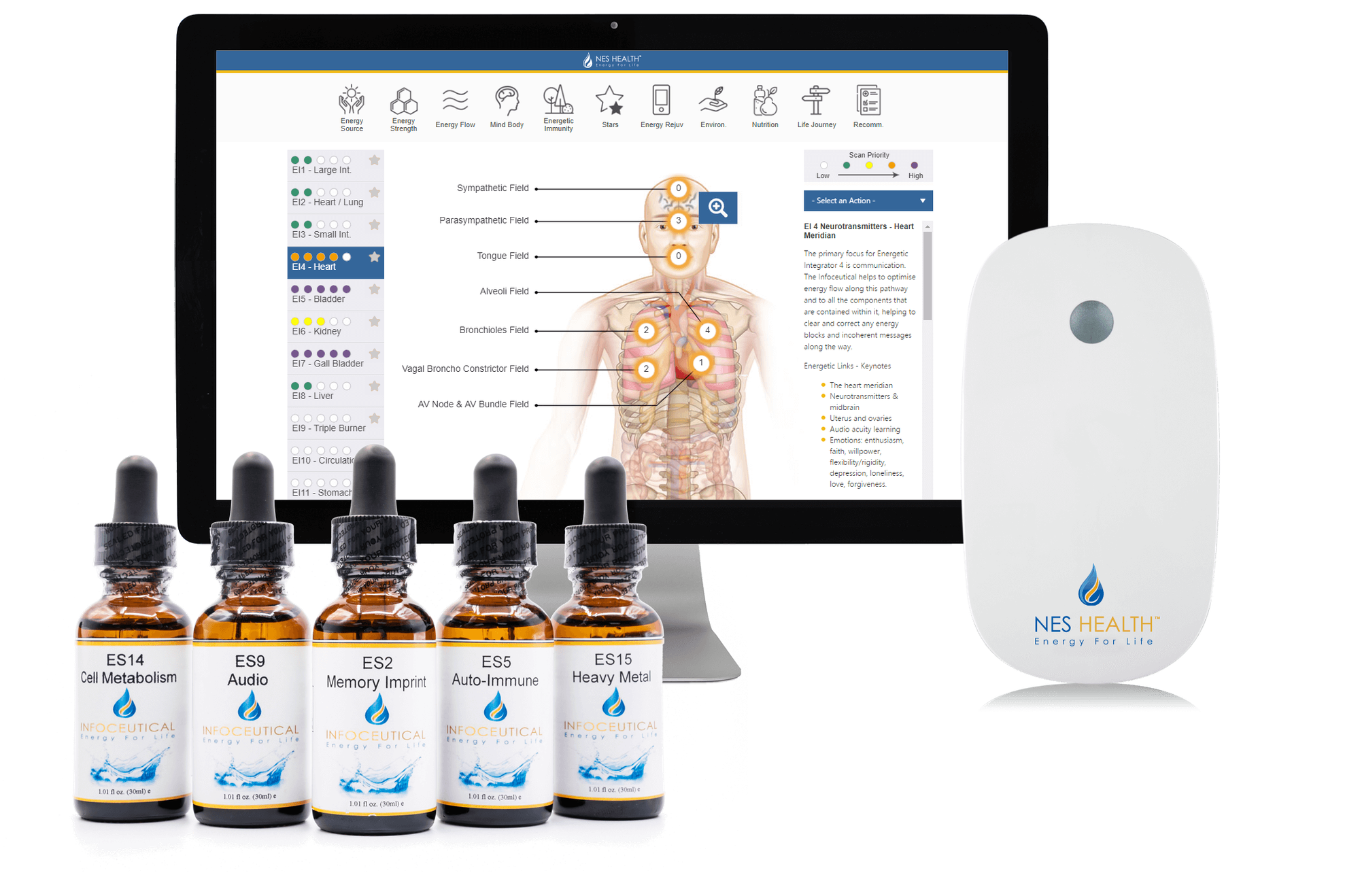 That’s why the Bioenergetix WellNES System we developed looks at all these things, assessing what needs support and then providing that support through the miHealth and Infoceuticals. Yes, you can exercise and eat well and get plenty of sleep and do other things to support your health; all of these are important to charging the body battery and giving you the physical building blocks of life.

But if there are problems in this master control system, all of that will fall short, and your body simply won’t be able to heal itself and make the best use of its energy.

That’s why you need to look at both sides of the story: charging the battery and making efficient use of that energy—in other words, making sure the master control system is working.